Imagine stepping back in time – 100+ years ago. Now imagine being a pioneer exploring the Great Dividing Range on horseback or hiking – travelling through rainforests, open plains, tall timbers taking in this beautiful and ancient country called Australia.

The Australian Bicentennial National Trail (BNT) is a 5,330 kilometre self-reliant multi-use route created just to do that. Travel and explore bushland, wilderness and mountain areas. The trail is popular with and suitable for horse riders, hikers and mountain bike riders.

The trail runs the full length of the Australian Great Dividing Range. Travelling through National Parks, private properties and alongside patches of wilderness protection areas.

Note: 4×4, trail bikes, motorised transport etc are not suitable except for emergency or backup and not permitted on the Bicentennial National Trail.

The Trail has not been designed for any form of motorised transport such as four-wheel-drive vehicles or trail bikes as it passes through areas of private property and government reserves that do not allow vehicular access.

As the trail relies on the good will of the private property owners and government departments for continued access, we ask that people with four-wheel-drives and motorbikes to respect their wishes and not attempt to follow the trail.

Loss of access to a single area would sever the entire trail and have a devastating impact on the viability of the trail.

Dogs are also not permitted on the trail for the same reasons listed above, and there are numerous baits laid throughout the country for wild dogs and foxes. Please leave your dogs at home.

Checkout the following links on the Bicentennial National Trail Website

More from my site 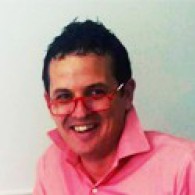 "The world is a book and those who do not travel read only one page." Augustine of Hippo